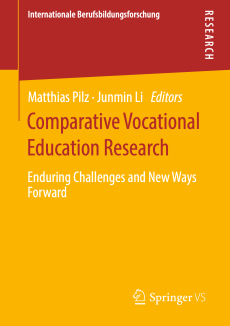 The significance of the title

In contrast to general education, vocational education and training (VET) is characterised worldwide by a high degree of complexity. VET is multidimensional and, sometimes, has diffuse structures. VET is a descriptor which includes such as aspects as pre-vocational education, school-based VET, apprenticeship systems, technical education, higher VET, work-based learning, further education and lifelong learning. These aspects are often unclearly differentiated. In addition, there is the fact that in many countries a large number of different actors and structural elements are involved in the VET system. It should also be borne in mind that in many countries non-formal or informal VET activities dominate. This fact also explains the title of the book “Comparative vocational education research. Enduring challenges and new ways forward”. This refers back to the complexity of VET and the resulting lack of understanding or confusion among (foreign) viewers or domestic ‘non-experts’.

Structure of the book

Origins of the book

The origins of this book lie in the third international conference of the German Research Center for Comparative Vocational Education and Training (G.R.E.A.T.) held in autumn 2018 at the University of Cologne. The title of the conference was “Lost in VET? Status Quo and Perspectives in the Research of Comparative VET Theories, Methods and Results”. The book also marks the 10th year anniversary of the G.R.E.A.T., which was founded in October 2009.

Extract from the preface of the book, by Prof. Dr. Matthias Pilz & Dr. Junmin Li, University of Cologne, Germany

Become a member of VETNET

Click VETNET membership application and fill in the form to apply for membership.